Rosa Ulpiano is a freelance Journalist, Art critic, independent curator & cultural communicator. She has written numerous articles for various publications prints and digital media, and she has also an ongoing correspondent cultural for different Magazines and newspapers, such as: Diario de Mallorca, Lápiz. International Magazine of Contemporary Art, Flash Art International, El Planeta, Makma, o Revista Cerámica. She publish a weekly page in the Posdata (Levante- EMV newspaper) since 1999, in which has published over 600 articles.

She counts 30 books on the shelf that she has written, edited, contributed and/or published. Studied History in the University of Valencia and worked as an assistant manager in Charpa Gallery, coordinating exhibitions of Aurelie Nemours, Jordi Teixidor, André Derain, Robert Longo, Ray Smith, among others. Managed the press Anniversary of Confucius Institute (University of Valencia), planned and implemented a global marketing,  wikipedia, press, PR and publicity programme. Founded and directed Walden Contemporary Gallery, space specialised in contemporary artist working with paper and has been worked as a Communication Manager in the SALA PARPALLO - www.salaparpallo.es- Valencia Provincial Council, Spain. where she led media relations and digital strategy and helped oversee key marketing initiatives, including organisation of press-conferences, circulating press materials, wikipedia, press releases and invitations, and development of innovative social Media Community (Community Manager), a time when it was so infrequently used as a communication strategy.

From 2015 she live in Glasgow (Scotland), and has worked as Gallery Assistant in Wasps Artist Studios collaborating in different projects, such as:  “The last bound” by Anna FC Smith; “Poundshop”  by George Wu and Sara Melin (Founded in April 2010 together with Sarah Gottlieb), or “Unit Sixty”, design workshop. As well as having worked like volunteer on Glasgow International 2016, as 'Laws of Motion in a Cartoon Landscape' by Andy Holden's Jock Mooney' o  Materialia“ by Heather Lander & Simon Harlow

She was Founding Partner  of ACOPAH (Association for the conservation of the historic heritage) in the University of Valencia; and has also participated as a lecturer in different congresses and seminars in the University of Valencia. and published different articles around the heritage. She is member of the AVCA (Valencia Association of art critics), she was member of the Board of Manager since 2009 until 2010. 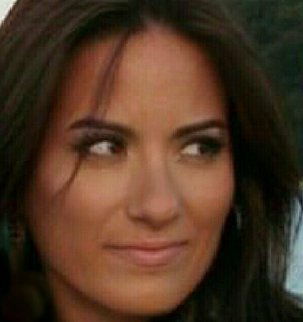 Need to tell me something? Please contact me at rosaulpiano@yahoo.es  and I will get back to you.